This is a lawncare update followed by a recommendation. Some of you – especially those with warm-season grasses – may have noticed a slight wilting and grayish or purple-to-blue discoloration to parts of your turf. This is actually not a bad thing, but it will take a bit to explain why. 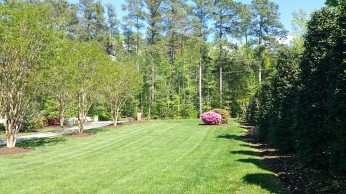 Until recently, we have had close to a record of 95 degree days, unmitigated by even an average of rainfalls. Many of you have irrigation systems in place, and others have what’s called ‘warm season grasses’ (mostly zoysia, centipede, or bermuda). You might think, then, that you are safe from the effects of drought plus heat – and you would be correct, but that does not mean you should not expect to see some significant effects from the weather. 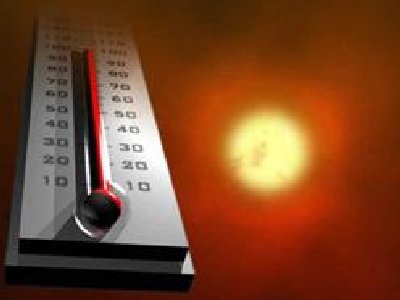 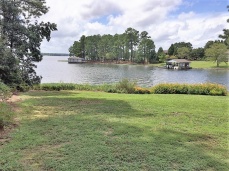 Irrigation systems are critical in getting through conditions like we have had, but unless you are growing cherry tomatoes in the Negev Desert, it’s important to understand that irrigation systems are never used to substitute for rainfall. They are a supplement whose use must be managed so as to prevent the twin evils of over- and under-watering. Too much water and you exacerbate fungus growth and bleed soil and nutrients in the runoff. Too little and your plants literally dry up and die.

So, to our present situation: you might think in these drought/heat conditions that you need to compensate with lots of water. But in actuality, you want to carefully limit the water. Although cool-season grasses (like fescues and ryegrass) are already dormant going into summer, warm season grasses are still pushing down roots well into the summer season. Watering, then, needs to be at a level that will encourage this growth. Counter-intuitively, a level just shy of dormancy conditions is what encourages such root growth and helps establish your lawns with the long-term lushness we all want.

Targeting this near dormancy limit is hard, but the result, as stated above, will be the appearance of some wilting and discoloration to parts of your grasses. This tells us that we are close to the optimum level of watering that will promote root growth and drought resistance in these unseasonal times. 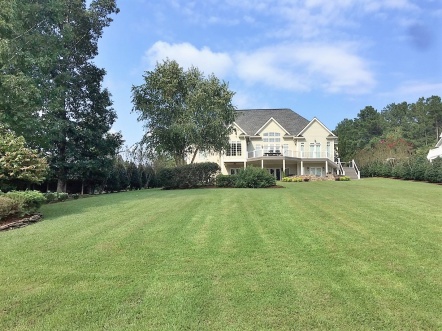 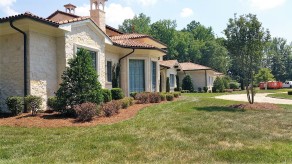 In sum, the importance of coordinating your irrigation with seasonal weather variations cannot be overstated. Given that, here is what we recommend:

We believe that everyone’s lawns would be helped by the installation of a rain sensor and wifi enabled controller, which will permit real-time management of watering with a simple phone app. With the app you will be able to monitor and control your system from the comfort of your living room or on vacation, and allow us to do the same in lieu of a service call.

If you have any questions about either of these upgrades to your irrigation system, call us or message us here:

View all posts by benscreeknursery